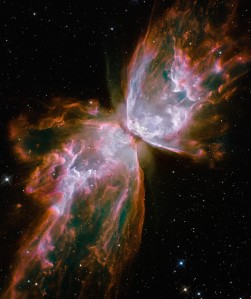 Remember back in high school when some teacher insisted that “science is fun” followed up by the inevitable directive to “pay attention and learn something”, all of which was about as well received by most of the class as a tooth ache?

Well, at least for some of us, the fun never left. Moreover, it has recently been revitalized by virtue of PBS’s recent TV series and the simultaneous publication of an accompanying book entitled How We Got to Now (Riverhead Books, 2014) , both hosted and written by the renowned and bestselling science author Steven Johnson. In each of the episodes and corresponding chapters, Johnson masterfully examines how innovations in glass, cold, sound, clean, time and light have evolved over the centuries to bring us into modern times. His onscreen and in-print enthusiasm, insight and eloquence make for an enlightening experience from start to finish.

Focusing particularly on merits of the book, the entire package of the author’s accessible and evocative  prose plus the generous helpings of photos and graphics have produced a work of science literature to behold. It is one of those uncommon instances where vivid narrations of science history combined with original analyses and supporting visuals take immediate hold of the reader’s imagination during every one of the six spheres of discovery. Clearly, he worked very hard to get all of this just right.

The most impressive accomplishment is how Johnson positions and threads several consistent themes throughout his text. First, is a phenomenon that lies at the very heart of this book: Innovations made to solve problem X often have completely unforeseen results upon issue Y. Just one of many extraordinary examples cited in every chapter involves the creation of a “flash light” by the famous muckraking writer and photographer Jacob Riis that enabled his to dramatically document the interiors of the squalid slums in New York with photographs in the late 19th century that later led to social reforms.

Second, inventors and their innovations benefit from networks of ideas and among like-minded entrepreneurs and scientists. This allows for new ideas to more readily be pollinated among innovators. Along similar lines, new breakthroughs often result in improvements and/or combinations built upon earlier and, at times, unappreciated advances. The author points to, among others, Thomas Edison and Steve Jobs in this regard.

Third, innovators can be through of as “time travelers” who are so ahead of their time that the world is just not ready to appreciate and implement their work until years later when new and wholly unanticipated needs arise. Johnson concludes his book with the compelling story of how Lady Ada Lovelace developed the world’s first computer code while working with Charles Babbage on what historians consider to be the world’s first mechanical computing device, during the 1840’s and 1850’s. Who knew that their work would not be fully comprehended let alone implemented until more than a century later? No need to look any further than at the nearest desktop/tablet/smartphone to see what they ultimately have wrought across the entire world.

While this book is so thoroughly grand in its scope across six sectors of innovation including items ranging from the finely carved oil lamps in King Tut’s tomb to posting selfies on Instagram and many other world-changing leaps in between,  it nonetheless steadily maintains a personally boundless and infectious sense of wonder about the world. In so doing this, Johnson’s text effortlessly moves back and forth between a close-up examinations of specific new developments and then focusing on the cumulative perspective of how all of these advances continue to coalesce and evolve on a global scale. Indeed, for regular fans of quality science literature as well as for those readers who would otherwise prefer reading a grocery list to anything scientific, this book fully and expertly asks and answers just exactly how we got to now.

I also recommend another review of this book in the December 28, 2014 Book Review section of The New York Times, written by Jon Gertner. In turn, for any interested in reading further about the nurturing  of modern innovation, I further and highly recommend his own recent book entitled The Idea Factory: Bell Labs and the Great Age of American Innovation (Penguin Press, 2012).

One thought on “Book Review of “How We Got to Now””