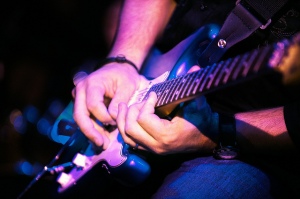 Many people have had the experience of hearing a new song for the first time and instantly being thunderstruck by it. They ask out loud or else think to themselves “Who and what was that I just heard?!” Next, they quickly race off to start Googling away in an attempt to identify the tune that just so totally captured their senses.

But what was it about the listeners’ musical tastes that led to this? Moreover, are their affinities for certain musical styles and artists a reliable indicator of their personalities – – and vice versa?

Researchers at University of Cambridge in the UK and Stanford University in the US have recently devised a new method for predicting musical tastes. Their study was published on PLOS One in a fascinating paper entitled Musical Preferences Are Linked to Cognitive Styles, by David M. Greenberg, Simon Baron-Cohen, David J. Stillwell, Michal Kosinski and Peter J. Rentfrow.

These findings were written up in an interesting article in the August 8, 2015 edition of The Wall Street Journal entitled If You’re Empathetic, You Probably Aren’t Into AC/DC by Daniel Akst. I will sum up, annotate and, well, orchestrate a few questions of my own.

Until the introduction of this new method, researchers traditionally pursued correlating musical tastes with the big five personality traits. These include:

For instance, extroverts tend to prefer pop and funk. However, test subjects were asked to rate their preferences according to genre which, in turn, can have many gradations and variances. The article mentioned that rock music can include everyone from Elton John to AC/DC, the latter of whom appear in an accompanying photo to the story. (For that matter, who would have ever expected Springsteen to cover “Highway to Hell” during his tour of Australia in 2014?)

Using this new methodology, the researchers turned to whether a person is an empathizer “who detects and responds to other people’s mental states” or a systemizer “who detects and responds to systems by analyzing their rules”. The article includes a link for readers to test themselves to assess their own musically influenced leanings towards one personality type or the other.

Leading the research was David M. Greenberg, himself a sax player, who is currently pursuing a doctorate in psychology at the University of Cambridge. The combination of his academic and musical interests is what led him to this line of research. He and his team were seeking a more precise and measurable “sonic and psychological” factors in their efforts to develop a system to predict musical tastes.

The data was gathered from 4,000 volunteers who were tested for empathy and then were asked to rate 50 songs. The findings showed that:

Mr. Greenberg is also interested in researching the reciprocal of his research findings in regards to whether particular types of music can raise empathy or systemizing levels.