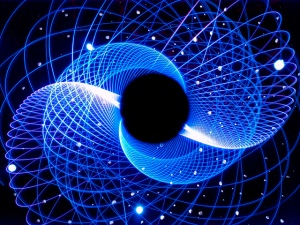 While I was a student in the fourth grade at Public School 79, my teacher introduced the class to the concept of fractions. She demonstrated this using the classic example of the cutting up a pie into different numbers of slices. She explained to the class about slicing it into halves, thirds, quarters and so on. During this introductory lesson, she kept emphasizing that the sum of all the parts always added up to the whole pie and that they could never be equal to more than or less than the whole.

I thought I could deal with this fractions business back then. As far as I know, it still holds up pretty well today.

On an infinitely grander and brain-bendingly complex scale that is more than just pieces of π, physicists have been working for decades on a Theory of Everything (ToE). The objective is to build a comprehensive framework that fully unites and explains the theoretical foundations of physics across the universe. The greatest minds in this field have approached this ultimate challenge with a variety of highly complex and advanced mathematics, theoretical constructs and proposals. Many individuals and multidisciplinary teams are still at work try to achieve the ToE. If and when anyone of them succeeds formulating and proving it, the result will be the type of breakthrough that will potentially have profound changes on our understanding of our world and the universe we inhabit.

Einstein was one of the early pioneers in this field. He invested a great deal of effort in this challenge but even a Promethean genius such as him never succeeded at it.  His General Theory of Relativity continues to be one of the cornerstones of the ToE endeavor. The entire September 2015 issue of Scientific American is devoted to the 100th anniversary of this monumental accomplishment. I highly recommend reading this issue in its entirety.

I also strongly urge you to check out a remarkable interactive visualization of the component theories and concepts of the ToE that was posted in an August 3, 2015 post on Quantamagazine.org entitled Theories of Everything, Mapped by Natalie Wolchover. The author very concisely explains how the builder of the map, developer Emily Fuhrman, created it in order to teach people about ToE. Furthermore, it shows that there are areas with substantial “disunions, holes and inconsistencies” remaining that comprise the “deep questions that must be answered” in order to achieve the ToE.

The full map is embedded at the top of the article, ready for visitors to click into it and immerse themselves immerse in such topics as, among many others, grand unification, quantum gravity and dark matter.  All along the way, there are numerous linked resources within it available for further extensive explorations. In my humble opinion, Ms. Fuhrman has done a brilliant job of creating this.

Having now spent a bit of time clicking all over this bounty of fascinating information, I was reminded of my favorite line from Bob Dylan’s My Back Pages that goes “Using ideas as my maps”. (The Byrds also had a hauntingly beautiful Top 40 hit covering this.)

In these 26 prior Subway Fold posts we have examined a wide range of the highly inventive and creative work that can be done with contemporary visualization tools. This ToE map is yet another inspiring example. Even if subjects like space-time and the cosmological constant are not familiar to you, this particularly engaging visualization expertly arranges and explains the basics of these theoretical worlds. It also speaks to the power of effective visualization in capturing the viewer’s imagination about a subject which, if otherwise only left as text, would not succeed in drawing most online viewers in so deeply.

Well, it looks like those Grand Unified Fielders have recently suffered another disappointing bump in the road (or perhaps in the universe), as they have been unable to find any genuine proton decay. Although this might sound like something your dentist has repeatedly warned you about, it is rather an anticipated physical phenomenon on the road to the finding the Theory of Everything that has yet to be observed and measured. This put that quest on hold for time being unless and until either it is observed or physicists and theorists can work around its absence. The full details appear in a new article entitled Grand Unification Dream Kept at Bay, by Natalie Wolchover (the same author whose earlier article on this was summarized above), in QuantaMagazine.com, posted on December 15, 2016.