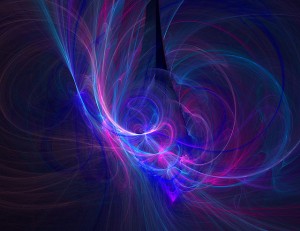 To try to find out, I was very fortunate to have obtained a pass to see a screening of a most enlightening new documentary called The Human Face of Big Data. The event was held on October 20, 2015 at Civic Hall in the Flatiron District in New York.

The film’s executive producer, Rick Smolan, (@ricksmolan), first made some brief introductory remarks about his professional work and the film we were about to see. Among his many accomplishments as a photographer and writer, he was the originator and driving force behind the A Day in the Life series of books where teams of photographers were dispatched to take pictures of different countries for each volume in such places as, among others, the United States, Japan and Spain.

He also added a whole new meaning to a having a hand in casting in his field by explaining to the audience that he had recently fallen from a try on his son’s scooter and hence his right hand was in a cast.

As the lights were dimmed and the film began, someone sitting right in front of me did something that was also, quite literally, enlightening but clearly in the wrong place and at the wrong time by opening up a laptop with a large and very bright screen. This was very distracting so I quickly switched seats. In retrospect, doing so also had the unintentional effect of providing me with a metaphor for the film: From my new perspective in the auditorium, I was seeing a movie that was likewise providing me with a whole new perspective on this important subject.

This film proceeded to provide an engrossing and informative examination of what exactly is “big data”, how it is gathered and analyzed, and its relative virtues and drawbacks.¹ It accomplished all of this by addressing these angles with segments of detailed expositions intercut with interviews of leading experts. In his comments afterwards, Mr. Smolan described big data as becoming a form of “nervous system” currently threading out across our entire planet.

Other documentarians could learn much from his team’s efforts as they smartly surveyed the Big Dataverse while economically compressing their production into a very compact and efficient package. Rather than a paint by, well, numbers production with overly long technical excursions, they deftly brought their subject to life with some excellent composition and editing of a wealth of multimedia content.

All of the film’s topics and transitions between them were appreciable evenhanded. Some segments specifically delved into how big data systems vacuum up this quantum of information and how it positively and negatively affects consumers and other demographic populations. Other passages raised troubling concerns about the loss of personal privacy in recent revelations concerning the electronic operations conducted by the government and the private sector.

I found the most compelling part of the film to be an interview with Dr. Eric Topol, (@EricTopol), a leading proponent of digital medicine, using smart phones as a medical information platform, and empowering patients to take control of their own medical data.² He spoke about the significance of the massive quantities and online availability of medical data and what this transformation  mean to everyone. His optimism and insights about big data having a genuine impact upon the quality of life for people across the globe was representative of this movie’s measured balance between optimism and caution.

This movie’s overall impression analogously reminded me of the promotional sponges that my local grocery used to hand out.  When you returned home and later added a few drops of water to these very small, flat and dried out novelties, they quickly and voluminously expanded. So too, here in just a 52-minute film, Mr. Smolan and his team have assembled a far-reaching and compelling view of the rapidly expanding parsecs of big data. All the audience needed to access, comprehend and soak up all of this rich subject matter was an open mind to new ideas.

Mr. Smolan returned to the stage after the movie ended to graciously and enthusiastically answer questions from the audience. It was clear from the comments and questions that nearly everyone there, whether they were familiar or unfamiliar with big data, had greatly enjoyed this cinematic tour of this subject and its implications. The audience’s well-informed inquiries concerned the following topics:

Mr. Smolan also mentioned that his film will be shown on PBS in 2016. When it becomes scheduled, I very highly recommend setting some time aside to view it in its entirety.

Big data’s many conduits, trends, policies and impacts relentlessly continue to extend their global grasp. The Human Face of Big Data delivers a fully realized and expertly produced means for comprehending and evaluating this crucial and unavoidable phenomenon. This documentary is a lot to absorb yet an apt (and indeed fully app-ed), place to start.

One of the premiere online resources for anything and everything about movies is IMDB.com. It has just reached its 25th anniversary which was celebrated in a post in VentureBeat.com on October 30, 2015, entitled 25 Years of IMDb, the World’s Biggest Online Movie Database by Paul Sawers.

1.  These 44 Subway Fold Posts covered many of the latest developments in different fields, marketplaces and professions in the category of Big Data and Analytics.

3.  These 11 Subway Fold Posts cover many of the latest developments in the arts, sciences, and media industries in the category of Virtual and Augmented Reality. For two of the latest examples, see an article from the October 20, 2015 edition of The New York Times entitled The Times Partners With Google on Virtual Reality Project by Ravi Somaiya, and an article on Fortune.com on September 27, 2015 entitled Oculus Teams Up with 20th Century Fox to Bring Virtual Reality to Movies by Michael Addady. (I’m just speculating here, but perhaps The Human Face of Big Data would be well-suited for VR formatting and audience immersion.)