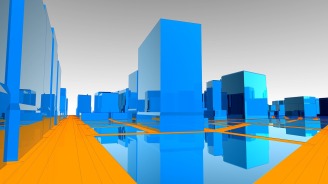 When people are dating it is often said that they are looking for “Mr. Right” or “Ms. Right”. That is, finding someone who is just the right romantic match for them.

In the case of today’s rapid development, experimentation and implementation of blockchain technology, if a startup’s new technology takes hold, it might soon find a highly productive (but maybe not so romantic) match in finding Mr. or Ms. [literal] Right by deploying the blockchain as a form of global registry of creative works ownership.

These 5 Subway Fold posts have followed just a few of the voluminous developments in bitcoin and blockchain technologies. Among them, the August 21, 2015 post entitled Two Startups’ Note-Worthy Efforts to Adapt Blockchain Technology for the Music Industry has drawn the most number of clicks. A new report on Coindesk.com on February 23, 2016 entitled Mediachain is Using Blockchain to Create a Global Rights Database by Pete Rizzo provides a most interesting and worthwhile follow on related to this topic. I recommend reading it in its entirety. I will summarize and annotate it to provide some additional context, and then pose several of my own questions.

Producing a New Protocol for Ownership, Protection and Monetization

Applications of blockchain technology for the potential management of economic and distribution benefits of “creative professions”, including writers, musicians and others, that have been significantly affected by prolific online file copying still remains relatively unexplored. As a result, they do not yet have the means to “prove and protect ownership” of their work. Moreover, they do have an adequate system to monetize their digital works. But the blockchain, by virtue of its structural and operational nature, can supply these creators with “provenance, identity and micropayments“. (See also the October 27, 2015 Subway Fold post entitled Summary of the Bitcoin Seminar Held at Kaye Scholer in New York on October 15, 2015 for some background on these three elements.)

Now on to the efforts of a startup called Mine ( @mine_labs ), co-founded by Jesse Walden and Denis Nazarov¹. They are preparing to launch a new metadata protocol called Mediachain that enables creators working in digital media to write data describing their work along with a timestamp directly onto the blockchain. (Yet another opportunity to go out on a sort of, well, date.)  This system is based upon the InterPlanetary File System (IPFS). Mine believes that IPSF is a “more readable format” than others presently available.

Walden thinks that Mediachain’s “decentralized nature”, rather than a more centralized model, is critical to its objectives. Previously, a very “high-profile” somewhat similar initiative to establish a similarly global “database of musical rights and works” called the Global Repertoire Database (GDR) had failed.

(Mine maintains this page of a dozen recent posts on Medium.com about their technology that provides some interesting perspectives and details about the Mediachain project.)

Walden and Nazarov have tried to innovate by means of changing how media businesses interact with the Internet, as opposed to trying to get them to work within its established standards. Thus, the Mediachain project has emerged with its focal point being the inclusion of descriptive data and attribution for image files by combining blockchain technology and machine learning². As well, it can accommodate reverse queries to identify the creators of images.

Nazarov views Mediachain “as a global rights database for images”. When used in conjunction with, among others, Instagram, he and Walden foresee a time when users of this technology can retrieve “historic information” about a file. By doing so, they intend to assist in “preserving identity”, given the present challenges of enforcing creator rights and “monetizing content”. In the future, they hope that Mediachain inspires the development of new platforms for music and movies that would permit ready access to “identifying information for creative works”. According to Walden, their objective is to “unbundle identity and distribution” and provide the means to build new and more modern platforms to distribute creative works.

Mine’s co-founders believe that there is further meaningful potential for Mediachain to be used by public organizations who provide “open data sets for images used in galleries, libraries and archives”. For example:

Prior to Mediachain’s pending launch, Walden and Nazarov are highly interested in protecting the platform’s legitimate users from “bad actors” who might wrongfully claim ownership of others’ rightfully owned works. As a result, to ensure the “trust of its users”, their strategy is to engage public institutions as a model upon which to base this. Specifically, Mine’s developers are adding key functionality to Mediachain that enables the annotation of images.

The new platform will also include a “reputation system” so that subsequent users will start to “trust the information on its platform”. In effect, their methodology empowers users “to vouch for a metadata’s correctness”. The co-founders also believe that the “Mediachain community” will increase or decrease trust in the long-term depending on how it operates as an “open access resource”. Nazarov pointed to the success of Wikipedia to characterize this.

Following the launch of Mediachain, the startup’s team believes this technology could be integrated into other existing social media sites such as the blogging platform Tumblr. Here they think it would enable users to search images including those that may have been subsequently altered for various purposes. As a result, Tumblr would then be able to improve its monetization efforts through the application of better web usage analytics.

The same level of potential, by virtue of using Mediachain, may likewise be found waiting on still other established social media platforms. Nazarov and Walden mentioned seeing Apple and Facebook as prospects for exploration. Nazarov said that, for instance, Coindesk.com could set its own terms for its usage and consumption on Facebook Instant Articles (a platform used by publishers to distribute their multimedia content on FB). Thereafter, Mediachain could possibly facilitate the emergence of entirely new innovative media services.

Nazarov and Walden temper their optimism because the underlying IPFS basis is so new and acceptance and adoption of it may take time. As well, they anticipate “subsequent issues” concerning the platform’s durability and the creation of “standards for metadata”. Overall though, they remain sanguine about Mediachain’s prospects and are presently seeking developers to embrace these challenges.

June 1, 2016 Update:  For an informative new report on Mediachain’s activities since this post was uploaded in March, I recommend clicking through and reading Mediachain Enivisions a Blockchain-based Tool for Identifying Artists’ Work Across the Internet, by Jonathan Shieber, posted today on TechCrunch.com.

1.   This link from Mine’s website is to an article entitled Introducing Mediachain by Denis Nazarov, originally published on Medium.com on January 2, 2016. He mentions in his text an earlier startup called Diaspora that ultimately failed in its attempt at creating something akin to the Mediachain project. This December 4, 2014 Subway Fold post entitled Book Review of “More Awesome Than Money” concerned a book that expertly explored the fascinating and ultimately tragic inside story of Diaspora.

2.   Many of the more than two dozen Subway Fold posts in the category of Smart Systems cover some of the recent news, trends and applications in machine learning.

3.  For details, see the January 5, 2016 posting on the NY Public Library’s website entitled Free for All: NYPL Enhances Public Domain Collections for Sharing and Reuse, by Shana Kimball and Steven A. Schwarzman.