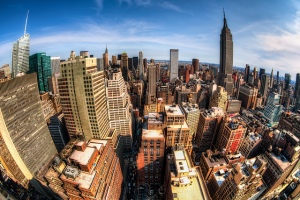 [This post was originally uploaded on October 24, 2014. It has been updated below with new information on February 3, 2015.]

Using large data sets that local government agencies in New York City have made available by virtue of the NYC Open Data program, a visiting college professor at Pratt Institute, statistician and blogger named Ben Wellington, has been taking a close quantitative look at some common aspects of everyday life here in the city. He was a guest on The Brian Lehrer Show on WNYC radio in New York on October 16, 2014 to discuss four of his recent posts on his I Quant NY blog presenting the results of several of his investigations and analyses. The nearly 13-minute podcast entitled We Quant NY: Stories From Data is absolutely fascinating as Wellington describes his subjects, results and supporting methodologies.

(X-ref to this Subway Fold post on April 9, 2014 post, in particular to the fourth book mentioned entitled Smart Cities: Big Data, Civic Hackers, and the Quest for a New Utopia by Anthony M. Townsend about other endeavors like this. As well, an article entitled They’re Tracking When You Turn Off the Lights by Elizabeth Dwoskin was published in The Wall Street Journal on October 20, 2014 [subscription required] about current efforts by researchers in New York and elsewhere to place “municipal sensor networks” around the city to gather and study many other data sets about the how the city operations and its residents. Townsend is also quoted in this story.)

The posts and analytics that Mr. Wellington discussed on the radio and online included:

I believe that Mr. Wellington’s efforts are to be admired and appreciated because his is helping us to learn more about how NYC really operates on a very granular level. This can potentially lead to improvements in municipal services and other areas he has explored on his blog such as affordable housing, restaurant chain cleanliness (based upon the data generated by the NYC’s inspection and letter grade rating system), and the water quality and safety of the local swimming areas. I hope that he continues his efforts and inspires others to follow in this citizen’s approach to using publicly available big data for everyone’s benefit.

How interesting could the subject of laundromats in New York possibly be? As it turns out, these washing/drying/folding establishments generate some very interesting data and analytics about the neighborhoods where they operate. Who knew? Let’s, well, press on and see.

A few weeks ago, after Brian Lehrer had guests on his show to discuss President Obama’s State of the Union Address and then New York Governor Andrew Cuomo’s State of the State Address, he then had a segment of his show where he asked callers about the state of the own streets. This was a truly hyper-local topic about a city with a great diversity neighborhoods across its five boroughs. One of the callers to the show from the Upper West Side of Manhattan called in to say that as a result of ongoing real estate development on her street, all of her local laundromats had gone out of  business.

As it turned out, Ben Wellington of the I Quant New York blog (above), heard this and went to work on an analysis to see what the city-wide data might indicate about this. He then returned as a guest on The Brian Lehrer Show on January 28, 2015, to discuss his findings. The podcast available on wnyc.org is entitled Following Up: Are Laundromats Disappearing? Mr. Wellington’s post on his I Quant NY blog, also posted on January 28th, is entitled Does Gentrification Cause a Reduction in Laundromats? I highly recommend clicking through and checking out both of them as remarkable examples of how a deeper look at some rather mundane urban data can produce such surprising results and insights about New York.

On the podcast, they were also joined by author and photographer Snorri Sturluson who wrote a book entitled Laundromat (PowerHouse Books, 2013), and later on by Brian Wallace who is the president of the Coin Laundry Association, a trade group. Mr. Sturluson’s book is a photo album sampling many of the hundreds of laundromats across the entire city. (All ten of its reviews on Amazon.com are for the full five stars.)

The ensuing discussion began with the fundamental question of whether the increased affluence and real estate development in a neighborhood directly leads to a decline in the number of local laundromats. As it turns out, a more nuanced and complicated relationship emerged from the geocoded data. In Mr. Wellington’s mapping the results indicate (as shown on both the podcast page and his blog post), that population density is more likely to be the main determinant of the concentration of laundromats. Affluence in each neighborhood is also a factor, but it should also be evaluated in conjunction with population density. The mapping also shows that certain neighborhoods in Queens such as Astoria and Jackson Heights, have the highest concentrations of Laundromats.

Callers to show raised other possible consideration such as whether there are higher numbers of recent college grads in an area, the emergence of online services that offer full laundry services including pickup and delivery, and even the social acceptability nowadays of going to a laundromat. Here are my follow-up questions: