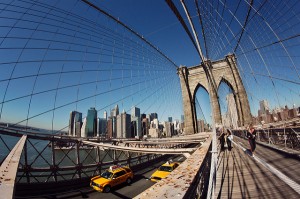 During the summer of 2010, I worked in an office directly across the street from the World Trade Center reconstruction site. For several months while my floor was being renovated, my temporary office windows faced west looking out onto the early construction of One World Trade Center. The daily swirl of highly coordinated planning and building was one of the most remarkable things I have ever seen. Hundreds of specialized craftsmen, managers, engineers, materials suppliers and numerous more worked in complete sync with each other to precisely anchor and assemble the tremendous base of the structure. Then they began steadily assembling the 104 stories of steel, concrete and glass above it climbing inexorably towards the sky.

Each day I looked out the windows and marveled at this modern miracle as it continually coalesced into one of the tallest buildings in the world.1  It was as exciting and entertaining to watch in person as any concert, movie or ballgame.

So, how did this magnificent monolith go from blueprints and computer visualizations to a finely tapered tower expressly intended to endure over time, meet all the modern business and technological needs of its occupants, embed environmental comfort, ensure local building code compliance, and remain state-of-the-art safe? Quite simply, who makes sure that buildings like this and many other structures such as bridges and stadiums actually stand up straight and stay that way? 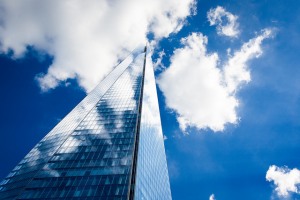 “The Shard”, Image by Mike Dixson

Among the many key participants in these processes are the structural engineers. They play an integral part in making certain that everything built is comprehensively planned and assembled strictly in accordance with all relevant design specifications. Yet might this sound a bit too math-geeky to want to learn anything more about them? Well, not anymore.

First-time author and accomplished structural engineer Roma Agrawal ( @RomaTheEngineer ), has recently written a fully engaging, highly informative and deeply inspiring 360-degree look at the work of these professionals entitled Built: The Hidden Stories Behind Our Structures, (Bloomsbury Publishing Plc, 2018). She has admirably transposed the same high standards of skill and precision required to be a structural engineer into also being a writer.

In equal parts personal story, travel log, history lesson and Intro to Structural Engineering 101, Ms. Agrawal quickly captures the reader’s attention and deftly manages to maintain it throughout all 271 pages. From mud huts to coliseums to bridge to skyscrapers (among other projects, she worked on The Shard in London), we learn about who was responsible and how these creations were conceived and realized. For instance, when we admire the artistry of an archway in a building, we usually never consider all of the math, physics and fabrication2 that go into creating it. Built will give you an entirely new point of view on this and a multitude of other fundamentals of structural engineering. The text also contains a wealth of historical perspectives on how bridges, tunnels, buildings and even sewers helped civilizations to expand their populations, civil services and commerce.

The author also believes that structural engineers do not get the credit they really deserve. Nonetheless, her book is a persuasive brief for their successes in making all structures remain standing (including London Bridge and why it is not falling down), function properly, and endure extreme weather conditions and changing geological factors.  In effect, it expertly explains how they carefully process and manage a myriad of concerns about their buildings’ operations, longevity and safety.

By virtue of its own structure, the book’s 14 chapters covering building materials, design and safety principles, construction methods, noteworthy construction projects, and famous structural engineers span widely across the globe and many centuries. The lively prose is involving and evocative, so much so that these chapters could even stand on their own as individual essays. But read sequentially the mesh together to deliver a very rewarding reading experience.

Generously appointing the text are many accompanying hand-annotated photos and hand-drawn simple sketches delineating the critical principles and features being described. These simple graphics significantly support in the reader’s comprehension of some of the more sophisticated concepts as they are introduced.

There are three important themes skillfully threaded throughout the book. First, in support of the popular current movement to encourage more young women to pursue studies and employment in the fields of science, technology, engineering and math (“STEM“), Ms. Agrawal’s success in structural engineering is intended to serve as a persuasive example for others. She writes that structural engineering is still a profession mostly practiced by men and believes that more women should consider becoming a part of it. Her advancement in this field should provide a high degree of inspiration for this intended audience as well as many other readers.

Of a truly great event very well told here, Ms. Agrawal recounts the remarkable story of her personal hero, Emily Warren Roebling. When the Brooklyn Bridge was being built (1869-1883), her husband, Washington Roebling, was the chief engineer on this project. When he became ill, his wife took over and become the de facto chief engineer. She delivered critical information from her husband to his assistants on site. Moreover, she mastered all aspects of the design, physics, materials and management of the bridge and is credited with having become the essential individual in getting this supremely complicated undertaking completed. Her devotion to this endeavor was simply extraordinary. Ms. Agrawal eloquently expresses her great admiration for Emily Roebling and why she was an inspiration for her own career path.

Second, she emphasizes the importance of being well prepared for all possible contingencies in her work. There are a multitude of variables to all be taken into account when building anything and it is imperative that structural engineers be able to anticipate, assess, test and decide how to definitively deal with all of them. Such unwavering diligence and exactitude is clearly applicable to many other jobs and professions. Ms. Agrawal effectively makes her case for comprehensive planning and precision at several key junctures in her writing.

Third and equally impressive is Ms. Agrawal’s boundless enthusiasm for her work. She so enjoys and believes in what she is doing that any reader in any field can benefit from from her example.  Granted that everyone’s work situation is different and often changeable can present a range of challenges. However, when someone like the author can sustain such genuine passion for the work she is doing, reading Built may well have the added benefit of providing you with a more positive perspective on your own employment as well that of others.

As proof, a new condominium was recently being built along one of my daily walking routes. I happened to be reading Built towards the end of its construction. After finishing the book, whenever I passed this site again, I saw all of the workers and their completed building with a newly enhanced understanding and admiration of it all.  I would never have previously had this appreciation without first relying upon this book’s, well, very solid foundation.

In a very different and more virtual context, a method for “building” a structure in one’s own mind as form of memory enhancement device whereby someone can then fill the “rooms” with many items that can later be retrieved and thus recalled at will was first devised in the 16th century.  This story was among the many subjects of a fascinating historical account entitled The Memory Palace of Matteo Ricci, by Jonathan D. Spence (Penguin Books, 1985).

2.  See these 10 Subway Fold posts on other recent developments in material science including, among others, such way cool stuff as Q-Carbon, self-healing concrete (also mentioned in Built at pages 106 -107), and metamaterials.