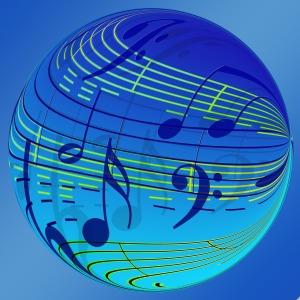 It is my completely unscientific theory that the music which often matters most to people is the music they listened to when they were young. From Stravinsky to Springsteen to Taylor Swift, the tunes of your youth will likely stay with you for life. These recordings will always get your attention whenever you hear them and perpetually occupy a special place in your heart from their opening bars to their final fades.

Is there really anyone of any age having any music preference who doesn’t get the chills or at very least tap a toe every time they hear the majesty of the Rite of Spring, the propulsive launch of Born to Run, or the megawatt energy of Shake It Off?

Today’s Music Biz and How It Got That Way

The music, artists, producers and companies who are the subjects in The Song Machine: Inside the Hit Factory (W.W. Norton & Company, 2015), by John Seabrook, are not those that I happened to grow up with. Nonetheless, for interested readers who either did or did not come of age at some point during the past two decades, this highly engaging account of the extraordinary changes throughout the music industry will provide readers with a compelling narrative, cultural history, and business case study. This book further excels as an insightful guide through the music industry’s production processes of writing, recording, marketing, distributing and performing today’s chart-topping tunes.

Like a well-arranged progression of chords, each successive chapter skillfully takes you deeper into the operations of the leaders and innovators of the music industry. It is not so much about the music celebrities’ personal lives as it is about the trajectories of their careers, particularly importance of steadily creating viable hits. Moreover, it carefully examines how smash recordings are well-crafted by everyone involved in their creation to make certain they succeed with global music audiences.

Seabrook illuminates exactly how many of today’s hits, as well as misses, have enough deliberate calculation in the assembly of their beats, lyrics and evocative musical “hooks” to send a rocket to, well, Nep-tune and back. His exposition of the evolution of the “hit factory” takes place beginning early Euro-Pop then on to the Backstreet Boys (and their competitors), and next to the emergence of today’s worldwide stars. He devotes quite a bit of his reporting to how this is done for today’s A-listers such as Rihanna, Katy Perry and Kesha by a small and closely knit group of writers and producers. How and why the leading creatives achieved their prominence in today’s music scene is also finely threaded throughout the book.

Going to a Global Go-Go

As colorfully detailed, the US is often the center of the music industry, with many of its leading participants gravitating towards New York and Los Angeles. There are other key international personalities from Europe and Asia. Sweden in particular had first given a start several of the most influential producers with long histories of innovation in Europe. Later on, they brought their work to the US and achieved even greater commercial success.

Another tectonic disruption, online file-sharing, is explained but not pursued in great depth. Rather, and rightfully so, the author chose to examine how purchasing and downloaded MP3s is now giving way to rising volumes of streaming. He reports on the webwide phenomenon of Spotify’s business model, including its disparate economic impacts upon consumers and musicians. (These seven Subway Fold posts also cover a range of developments involving Spotify.)

Clearly and by definition, factories are places where products are fabricated and shipped.  Their operations must be periodically modernized in order to remain competitive. So too, it has become imperative for today’s music industry to adapt or face decline. The Hit Factory takes readers deep and wide into this unique and worldwide production system where hits by many of the mega-stars’ hits are indeed manufactured. Seabrook’s expert prose conveys the incredible effort, business sense and precision this enterprise requires.

If you have the opportunity to do so, I highly recommend reading both The Song Factory and How Music Got Free (previously reviewed in this August 31, 2015 Subway Fold post), together for a comprehensive understanding of how the multi-billion dollar music industry had fallen and then reinvented itself to rise again. Each book individually, and even more so together, deftly captures this unique world’s intersections of art, science and commerce.

For yet another engrossing historical perspective on the state of the music business set a few decades earlier during the 70’s and 80’s rock era, I further suggest reading a highly entertaining account entitled Hit Men (Crown, 1990), by Frederick Dannen.

Finally, all of the foregoing aside for a moment, have things really changed that much in the pursuit of musical success? Once you have finished The Hit Factory, I urge you to also listen to The Byrds’ 2-minute classic hit single So You Want to Be a Rock ‘N Roll Star and then to reconsider your answer. This song’s sentiment rings as true today as it did way back then.

That’s my theory and I’m sticking to it.