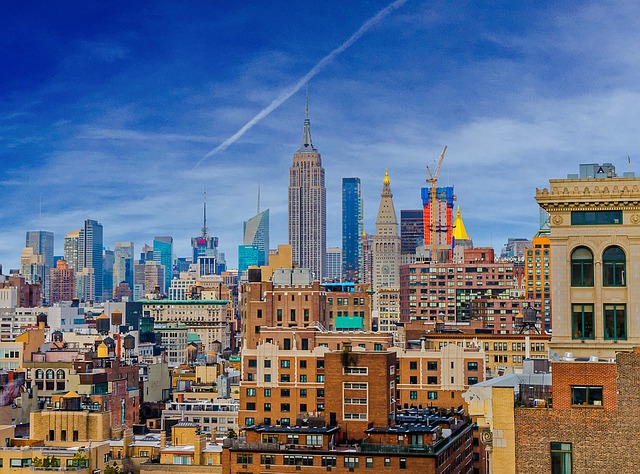 There is an age-old expression among New Yorkers that their city will really be a great place one day if someone ever finishes building it. I have heard this many times during my life as a native and lifelong resident of this remarkable place.

Public and private construction goes on each day on a vast scale throughout the five boroughs of NYC. Over the past several decades under successive political administrations, many areas have been re-zoned to facilitate and accelerate this never-ending buildup and built-out. This relentless activity produces many economic benefits for the municipal economy. However, it also results in other detrimental effects including housing prices and rents that continue to soar upward, disruptive levels of noise and waste materials affecting people living nearby, increased stresses upon local infrastructure, and just as regrettably, steady erosion of the unique characters and spirits of many neighborhoods.¹

In a significant technological achievement intended to focus and consolidate the massive quantities of location, scope and cost data about the  plethora of structures sprouting up everywhere, on August 22, 2018 the New York City Buildings Department launched an interactive NYC Active Major Construction Map (“The Map”). Full coverage of its inauguration was provided in a very informative article in The New York Times entitled A Real-Time Map Tracks the Building Frenzy That’s Transforming New York, by Corey Kilgannon, on August 22, 2018. (Here, too, is the Building Department’s press release.) I highly recommend both a click-through and full read of it and further online exploration of The Map itself.

I will also summarize and annotate this report, and then pose some of my own code compliant questions.

Home on the [Data] Range 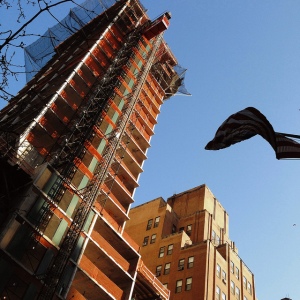 As the ubiquitous pounding of steel and pouring of concrete proceeds unabated, there is truly little or no getting around it. The Map is one component of a $60 million digital initiative established in 2015 which is intended to produce an “impressive level of detail” on much of this cityscape altering activity.

The recent inception of The Map provides everyone in the metro area an online platform to track some of the key details of the largest of these projects plotted across a series of key metrics.  An accompanying grid of tables below it lists and ordinates the largest projects based upon these dimensions.

The Map’s user interface presents this “overview of the frenzy of construction” dispersed across the city’s communities using the following configurations:

As well, it provides residents a virtual means to identify who is making all of that real-world blaring construction noise in their neighborhood.²

If I Had a Hammer

Executives, organizations and community advocates representing a diversity of interests have expressed their initial support for The Map. 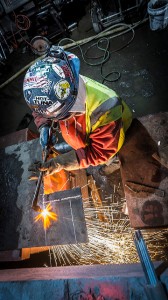 The NYC Building Commissioner, Rick D. Chandler, believes this new resource is a means to provide transparency to his department’s tremendous quantity of construction data. Prior to the rollout of The Map, accessing and processing this information required much greater technical and professional skills. Furthermore, the data will be put to use to “improve and streamline the department’s operations”.

According to Andrew Berman, the Executive Director of the non-profit advocacy group Greenwich Village Society for Historic Preservation, he finds The Map to be both useful and “long overdue”. It is providing his group with a more convenient means to discover additional information about the proliferation of project sites in the Village. He also noted that under the previously existing municipal databases, this data was far more challenging to extract. Nonetheless, the new map remains insufficient for him and “other measures were needed” for the city government to increase oversight and enforcement of construction regulations concerning safety and the types of projects are permitted on specific properties.

Local real estate industry trade groups such as the Real Estate Board of New York, are also sanguine about this form of digital innovation, particularly for it accessibility. The group’s current president, John H. Banks, finds that it is “more responsive to the needs of the private sector”, raises transparency and the public’s “awareness of economic activity, jobs and tax revenues” flowing from the city’s construction projects.

Plans are in place to expand The Map based upon user feedback. As well, it will receive daily updates thus providing “a real-time advantage over analyst and industry reports”. 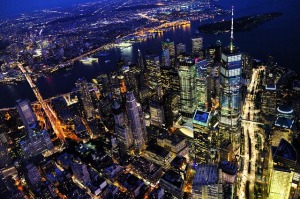 1.  For a deeply insightful analysis and passionate critique of the pervasive and permanent changes to many of New York’s neighborhoods due to a confluence of political, economic and social forces and interests, I highly recommend reading Vanishing New York: How a Great City Lost Its Soul, by Jeremiah Moss, (Dey Street Books, 2017). While I did not agree with some aspects of his book, the author has expertly captured and scrutinized how, where and why this great city has been changed forever in many ways. (See also the author’s blog Jeremiah’s Vanishing New York for his continuing commentary and perspectives.)

2.  Once I lived in a building that had been mercifully quiet for a long time until the adjacent building was purchased, gutted and totally renovated. For four months during this process, the daily noise level by comparison made a typical AC/DC concert sound like pin drop.