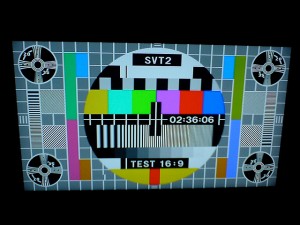 GPS everywhere notwithstanding, there are still maps on the walls in most buildings that have a red circle somewhere on them accompanied by the words “You are here”. This is to reassure and reorient visitors by giving them some navigational bearings. Thus you can locate where you are at the moment and then find your way forward.

I had the pleasure of attending an expert panel discussion last week, all of whose participants did an outstanding job of analogously mapping where the media and technology are at the end of 2015 and where their trends are heading going into the New Year. It was entitled Digital Breakfast: Media and Tech Preview 2016, was held at the law firm of Frankfurt Kurnit Klein & Selz in midtown Manhattan. It was organized and presented by Gotham Media, a New York based firm engaged in “Digital Strategy, Marketing and Events” as per their website.

This hour and a half presentation was a top-flight and highly enlightening event from start to finish. My gratitude and admiration for everyone involved in making this happen. Bravo! to all of you.

The panelists’ enthusiasm and perspectives fully engaged and transported the entire audience. I believe that everyone there appreciated and learned much from all of them. The participants included:

The following is a summary based on my notes.

Part 1:  Assessments of Key Media Trends and Events in 2015

The event began on an unintentionally entertaining note when one of the speakers, Jesse Redniss, accidentally slipped out his chair. Someone in the audience called out “Do you need a lawyer?”, and considering the location of the conference, the room erupted into laughter.¹

Once the ensuing hilarity subsided, Mr. Goldblatt began by asking the panel for their media highlights for 2015.

Mr. Goldblatt asked the panel for their POVs on what he termed the current “Golden Age of TV” because of the increasing diversity of new platforms, expanding number of content providers and the abundance of original programming. He started off by asking them for their market assessments.

Moving on to two of the hottest media topics of the day, virtual reality and augmented reality, the panelist gave their views.

(See also these 12 Subway Fold posts) for extensive coverage of VR and AR technologies and applications.)

Mr. Goldblatt next asked the panels for their thoughts about the impacts and economics of ad-blocking software.

Someone from the audience asked the panel how ads will become integrated into VR and AR environments. Mr. Redniss said this will happen in cases where this technology can reproduce “real world experiences” for consumers. An example of this is the Cruise Ship Virtual Tours available on Carnival Cruise’s website.

Part 5: Expectations for Media and Technology in 2016

1.  This immediately reminded of a similar incident years ago when I was attending a presentation at the local bar association on the topic of litigating cases involving brain injuries. The first speaker was a neurologist who opened by telling the audience all about his brand new laptop and how it was the latest state-of-the-art-model. Unfortunately, he could not get it to boot up no matter what he tried. Someone from the back of audience then yelled out “Hey doc, it’s not brain surgery”. The place went into an uproar.

2.  See also these other four Subway Fold posts mentioning other services by Nielsen.

3.  For a fascinating and highly original book on this phenomenon, I very highly recommend reading
The Long Tail: Why the Future of Business Is Selling Less of More (Hyperion, 2005), by Chris Anderson. It was also mentioned in the December 10, 2014 Subway Fold post entitled Is Big Data Calling and Calculating the Tune in Today’s Global Music Market?.

4.  See also the November 4, 2014 Subway Fold post entitled Say, Did You Hear the Story About the Science and Benefits of Being an Effective Storyteller?