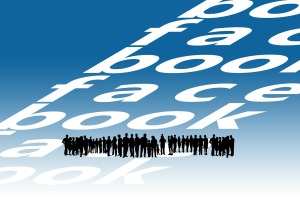 It is a simple and straight-forward basic business concept in any area of commerce: Do not become too overly reliant upon a single customer or supplier. Rather, try to build a diversified portfolio of business relationships to diligently avoid this possibility and, at the same time, assist in developing potential new business.

Starting in May 2015, Facebook instituted certain limits upon access to the valuable data about its 1.5 billion user base¹ to commercial and non-commercial third parties. This has caused serious disruption and even the end of operations for some of them who had so heavily depended on the social media giant’s data flow. Let’s see what happened.

This story was reported in a very informative and instructive article in the September 22, 2015 edition of The Wall Street Journal entitled Facebook’s Restrictions on User Data Cast a Long Shadow by Deepa Seetharaman and Elizabeth Dwoskin. (Subscription required.) If you have access to the WSJ.com, I highly recommend reading in its entirety. I will summarize and annotate it, and then pose some of my own third-party questions.

This change in Facebook’s policy has resulted in “dozen of startups” closing, changing their approach or being bought out. This has also affected political data consultants and independent researchers.

This is a significant shift in Facebook’s approach to sharing “one of the world’s richest sources of information on human relationships”. Dating back to 2007, CEO Mark Zuckerberg opened to access to Facebook’s “social graph” to outsiders. This included data points, among many others, about users’ friends, interests and “likes“.

However, the company recently changed this strategy due to users’ concerns about their data being shared with third parties without any notice. A spokeswoman from the company stated this is now being done in manner that is “more privacy protective”. This change has been implemented to thus give greater control to their user base.

Other social media leaders including LinkedIn and Twitter have likewise limited access, but Facebook’s move in this direction has been more controversial. (These 10 recent Subway Fold posts cover a variety of ways that data from Twitter is being mined, analyzed and applied.)

Examples of the applications that developers have built upon this data include requests to have friends join games, vote, and highlight a mutual friend of two people on a date. The reduction or loss of this data flow from Facebook will affect these and numerous other services previously dependent on it. As well, privacy experts have expressed their concern that this change might result in “more objectionable” data-mining practices.

Others view these new limits are a result of the company’s expansion and “emergence as the world’s largest social network”.

Facebook will provide data to outsiders about certain data types like birthdays. However, information about users’ friends is mostly not available. Some developers have expressed complaints about the process for requesting user data as well as results of “unexpected outcomes”.

These new restrictions have specifically affected the following Facebook-dependent websites in various ways:

Other companies are trying an alternative strategy to build their own social networks. For example, Yesgraph Inc. employs predictive analytics³ methodology to assist clients who run social apps in finding new users by data-mining, with the user base’s permission, through lists of email addresses and phone contacts.

1.   Speaking of interesting data, on Monday, August 24, 2015, for the first time ever in the history of the web, one billion users logged onto the same site, Facebook. For the details, see One Out of Every 7 People on Earth Used Facebook on Monday, by Alexei Oreskovic, posted on BusinessInsider.com on August 27, 2015.

2.  See the comprehensive report entitled A More Perfect Union by Sasha Issenberg in the December 2012 issue of MIT’s Technology Review about how this campaign made highly effective use of its data and social networks apps and data analytics in their winning 2012 re-election campaign.